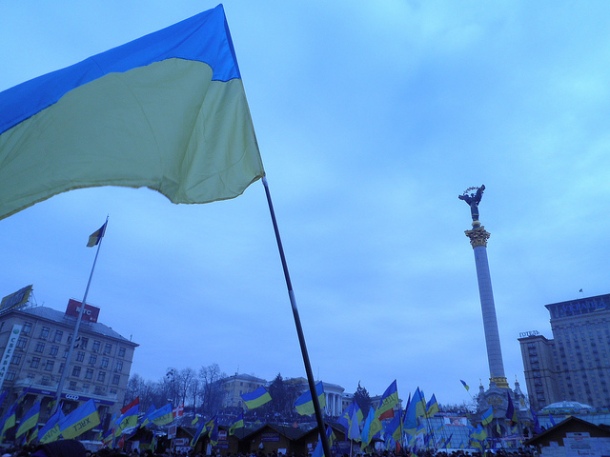 Whatever one believes about the legitimacy of the new government in Kiev and the subsequent intervention of Russian armed forces in Crimea, it is difficult not to observe, once more, the lack of weight and credibility of the European Union in a crisis so close to its own borders. These few reflections on what the EU should do to improve the credibility of its external action are not particularly new… and this is probably the worst: the Member States do not give themselves the means to pursue a strong credible common foreign policy and always seem to rediscover it too late after a crisis has arisen…

I/ Urgent improvements needed in the short-term

The European diplomatic machine is notoriously slow in getting started… but the European External Action Service (EEAS) and Catherine Ashton are not necessarily guilty about that, as Member States are the ones who still dictate most of the European external action.

So, while the situation in Crimea experienced dramatic developments over the whole week-end, prompting the NATO, the UN Security Council and the OSCE to organise emergency meetings, EU ministers for Foreign Affairs met only on Monday and an extraordinary summit of the European Council (where participants are the heads of State or government) will take place only on Thursday! European leaders really need to integrate the necessity of coordinating immediately with their peers. Otherwise, the EU is paralysed. And it is very clear that single Member States, even Germany, have less weight than a united Europe.

How can you possibly have a credible speech condemning the Russian attitude in Crimea when a leaked high-level document in the UK calls for British ministers to avoid talks about targeted economic sanctions against Russia? The European discourse is already not very audible; if single Member States act in an opposite way, the European external policy (and that of its single Member States) simply risks becoming totally irrelevant on the global stage.

Furthermore, while it is appreciable that some of the biggest Member States such as Germany, France, the UK or Poland take diplomatic initiatives to maintain peace and establish the conditions for dialogue between Ukrainian and Russian authorities, it would be much more effective if these discussions were backed by official European position papers and statements.

Coordination also matters a lot in terms of communication, especially since the EU often seems to privilege discourse over concrete sanctions (though maybe we will be positively surprised on Thursday…). A common communiqué by the Foreign Affairs ministers of the 28 Member States (or at least a majority of them) would weight more than a rhetoric competition between Western governments to use the harshest words in condemning Mr Putin’s attitude.

II/ Required improvements in the medium-term

A foreign policy is meant to defend a country’s interests in its relations with other countries. So, quite obviously, if there is no common definition of interests, there can be no effective European external action. Requiring the definition of common interests does not mean fully harmonising 28 foreign policies; rather, it means identifying the gains of acting united on the global stage on a number of issues. Indeed, Member States cannot ignore that in our era of globalisation, their size slowly makes them irrelevant to other giants, whether existing or emerging ones. To preserve subsidiarity and some national sovereignty, Member States would be able to pursue their own goals within a framework agreed upon in the Council (or European Council). This would help to avoid situations where Member States contradict each other because of (often) short-sighted, short-term interests… without mentioning that, very often, the action and the discourse are not coherent. In addition, a common framework for foreign policy would allow the EEAS and the High Representative to react immediately without having to wait the result of lengthy meetings resulting in (often) disappointing communiqués.

2. Define a common European energy policy and establish a Single Market for energy

Already during past Ukrainian crisis, there have been a lot of talks about the need to define a common energy policy, in particular to reduce the dependence on Russian gas. But when we look at the current situation, we have to acknowledge that much remains to be done: France is betting on nuclear power while Germany wants to denuclearise and heavily supports renewable energies. Member States in Central Europe are much more reliant on Russian gas than Western Member States. This would not be problematic if there was a true Single Market for energy…but it does not exist. Grid connections across borders still require important investments in infrastructure. A pan-European energy mix, with each Member State relying on its strengths and political choices (without restricting cross-border competition) would be good if it were possible to transfer, e.g., solar energy produced in Portugal to Latvia. This would allow for energy prices to decrease and for the EU as a whole to be less dependent on imports of foreign energy (gas, oil…).

Unfortunately, as long as the current situation prevails, it will be difficult to adopt a common position towards Russia, although the arrival of the spring should reduce the need for gas for heating. Moreover, the EU has announced that its gas reserves are huge enough to overcome some short disruptions in gas delivery.

To sum up, the European leaders surely know what needs to be done to restore the credibility of the European foreign policy (both at EU level and at national level). The remaining question is: when the crisis will be over, will they once more forget about the much-needed medium-term developments or will they finally tackle these issues to build a stronger and more united Europe?

One thought on “Improving the credibility of the EU: lessons to draw from the crisis in Ukraine”